The Hyderabad Medical School which came into existence in 1846 A.D. was the fore-runner of Osmania Medical College. The medium of instruction was Urdu ,the degree was Hakeem. Last two decades of nineteenth century was the glorious period of this school. Seventh and the last Nizam of Hyderabad Nawab Mir Osman Ali Khan established Osmania University in 1919 A.D. and in the following year the Hyderabad Medical College. In 1957 A.D. Hyderabad became the Capital of enlarged Andhra Pradesh. Tremendous zeal and enthusiasm was evident to achieve all round progress in medical education.

Medical Education, Research and health care of the people are vastly improved by the presence of medical college and teaching hospital in any area and in an atmosphere of medical research. This is true of Hyderabad also.

Osmania Medical College Hyderabad is the only educational institution in India (and possibly the world), where every medical specialty has a separate training hospital. It is also the alone medical college in south India to offer a postgraduate course in Endocrinology. Initially, the college was called the Nizam’s Medical School in 1846. Later in 1920, the medical school was transformed into a medical college.

The affiliated hospitals are listed below with their bed strength in parentheses.

3.Niloufer Hospital for women and children (500) also know as Institute of Paediatrics.

Ranking:The college has been ranked 17 amongst the India’s best colleges by India Today Survey 2014.

END_OF_DOCUMENT_TOKEN_TO_BE_REPLACED 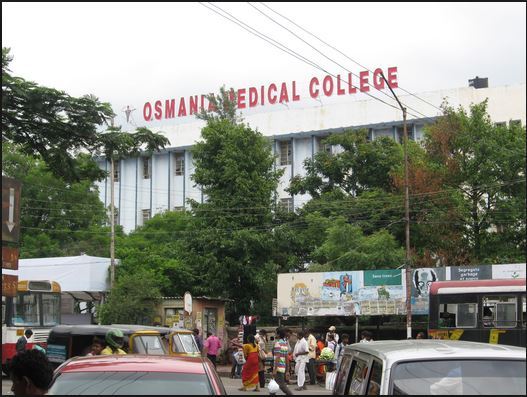 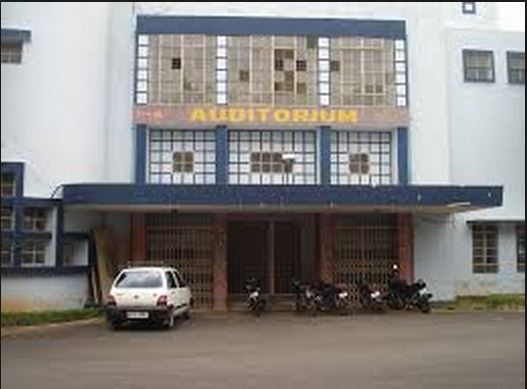 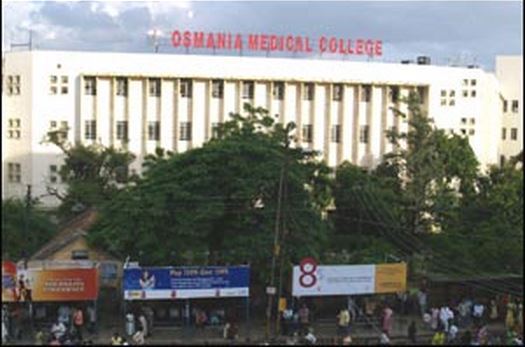 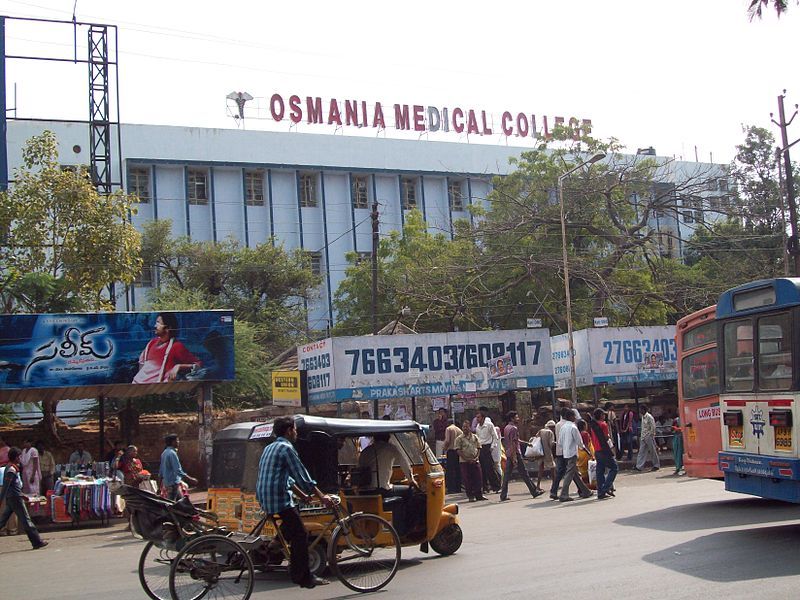 2) Candidates who have passed the first year of a 3 year degree course with subjects - Physics, Chemistry, Biology are also eligible.

3)Candidates who have passed B.Sc. (Bachelor of Science) exam with Physics, Chemistry, Biology and who have cleared 10+2 Higher Secondary Exam with PCB are also eligible.

Marks obtained in Maths are not considered for admission into the MBBS course.

Candidate must score at least 50% marks in the competitive exam. For SC/ST/OBC candidates the minimum percentage required is 40%.

For post-graduation courses, performance in first, second and MBBS exam can be considered to determine the academic eligibility of the candidate.